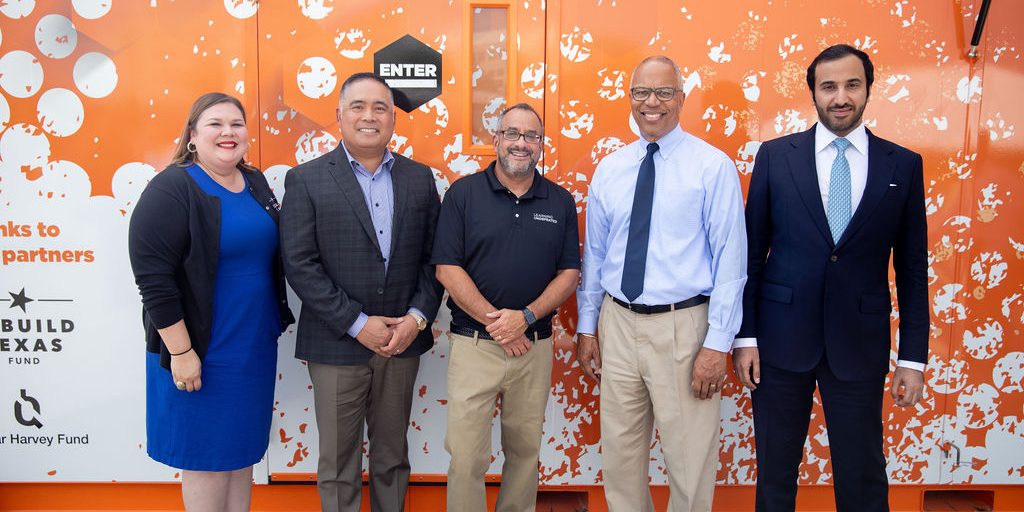 from Houston Chronicle | read it >

One of our most vivid recollections of Hurricane Harvey was not only how Houstonians banded together for immediate survival and a lengthy recovery, but how offers of assistance quickly came in from around the world. One striking example is the $30 million given by the State of Qatar and its ruler, Sheikh Tamim bin Hamad al-Thani.

During his July visit here, Qatar’s ambassador to the United States, Sheikh Meshal bin Hamad Al-Thani, announced a second and final round of grants under the Qatar Harvey Fund for the long-term recovery of storm victims throughout southeast Texas.

The grants are touching the lives of many in our community. Qatar Harvey Fund money will help rehabilitate Wesley AME Church, Blue Triangle Community Center, and the old Riverside Hospital in Third Ward; restore MECA (Multicultural Education and Counseling for the Arts) in Sixth Ward; repair and rebuild 64 homes from here to Refugio through Habitat for Humanity; support 11 Boys & Girls Clubs; aid area veterans through the Bob Woodruff Foundation; and provide housing through the Mayor’s Fund to Reduce Homelessness. The fund will build eight soccer fields in central and southwest Harris County that will also be designed as water collection basins to mitigate future flooding. Other beneficiaries include Target Hunger and Learning Undefeated, which in September is introducing two mobile science labs to schools across southeast Texas.

There are also student scholarships underway at Texas A&M University, the University of Houston, Houston Community College, Lone Star College and Lamar University for those whose flooded families had to choose between housing and tuition.

All these commendable projects were received and reviewed by a distinguished Qatar Harvey Fund advisory board chaired by Ryan Lance, chairman and CEO of ConocoPhillips. Lance and other board member, former Houston mayor Bill White, each had homes flooded during Harvey. Another important partner has been the Rebuild Texas Fund, a collaborative project of the Michael & Susan Dell Foundation and the OneStar Foundation.

Some may wonder why a small, gas-rich nation in the heart so far away would be so generous, or why Qatar would contribute significant recovery dollars to Louisiana and Mississippi after Hurricane Katrina. The answer can be found, in large part, in the long-standing commercial, security, educational and cultural connections that bind us. These include:

Qatari patients, an estimated 150 at any time, who are regularly seen at Texas Medical Center institutions;

A significant relationship in regional security, exemplified by Qatar’s giving the United States use of the giant Al Udeid air base, where more than 10,000 American service personnel and 15,000 American civilians live and work.

The investment of some $45 billion in the United States by Qatar’s sovereign wealth fund.

On a visit to Washington earlier this summer, Qatar’s ruler, Sheikh Tamim bin Hamad Al-Thani, met with President Trump at the White House and received special praise for Qatar’s cooperation in curbing the finance of terrorism.

Finally, Qatar will host the 2022 World Cup in soccer. Four years later, the World Cup will be held in a selection of cities in the U.S., Mexico and Canada that hopefully will include Houston.

Seen in this broader context, the Qatar Harvey Fund is but one of many signs of a solid and significant friendship between our two nations and between Qatar and Texas in particular. We would do well to remember Qatar and all those who came to our aid on this two-year Harvey anniversary.

Saenz is a former member of Houston’s City Council and a member of the Qatar Harvey Fund board. Untermeyer, a Houstonian, was U.S. ambassador to Qatar from 2004 to 2007.